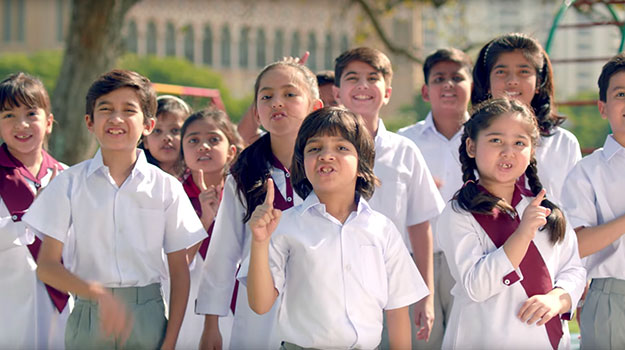 Following a call for action after a tragedy, Unilever worked with MullenLowe Rauf to create a socially responsible message that filled a knowledge gap many parents failed to address.

Following a child abduction and murder that became nationwide news in Pakistan, Unilever decided to send a powerful message to children and parents.

Utilizing mascots associated with dehydrated-soup brand Knorr, which is marketed to children in Pakistan, the company released ‘Aik Zaroori Baat’, a nationwide spot that educates children on the importance of stranger-danger and self-protection.

The campaign, through MullenLowe Rauf, launched in early February, a month after the nation was gripped with the search for Zainab, a 6-year-old who was kidnapped on 4 January and later found dead near her home.

With strategic planning drawing value from a media mix of ATL and BTL, the campaign educates children on a subject that parents in conservative societies such as Pakistan often shy away from.

The campaign also targets parents, encouraging them to foster a relationship with their children wherein troubles can be shared without repercussion or dismissal.

“We all want our kids to be safe,” said Amber Rauf, director of strategic planning and corporate communications at MullenLowe Rauf. “However rarely do parents, particularly in our part of the world, equip their children to truly protect themselves in the face of danger. With the recent events in the country, the issue of child safety has become more prominent than ever before.”

Rauf notes that due to social and cultural constraints, kids are reluctant to approach parents when they are being abused or mishandled, while parents in countries such as Pakistan are hesitant to have an open dialogue with their children about different types of dangers and safety.

“They knew they were a beloved noodles brand for kids, and if there was ever a time they could help make a difference in society, it was now,” said Rauf.

The role of a brand like Knorr in being socially responsible and helping parents with child safety
The message that should be used
The tone of the message that should be used
Chuck and Chatty, mascots of Knorr, are well known and beloved by the Knorr Noodles’ target audience, and MullenLowe Rauf “wanted to use them to convey a rather serious and sombre subject to kids in a way that would not scare them and one that they would understand,” said Rauf. “We also wanted parents to be comfortable showing this content to their kids.”

The content of the ad, entirely in Urdu, highlights issues faced by children: stranger danger and the difference between good touch and bad touch.

TVCs that ran for 30 seconds across all major mainstream channels, while being dubbed in the regional languages as appropriated by the regional channels
YouTube videos and Facebook videos through leading publishers
Public relations, with leading influencers and celebrities sharing the videos and talking about the importance of the messages
Social media, with #AikZarooriBaat trending on Twitter and a Facebook Live session featuring social media influencers and child psychologists educating parents about having conversations around child safety
To date, the YouTube videos have crossed 3 million views, with a 26% video through rate, while the Twitter hashtag crossed half a million organic impressions.

Advice for advertisers and agencies

For advertisers and agencies interested in leveraging news events, Rauf suggested that audience relevance, cultural sensitivities, and message craft must be taken into account. She added that the message must not hurt sentiments nor challenge norms nor be too harsh. A misstep in messaging can have lasting repercussions, especially when a brand’s equity is at stake.

“Consumers all over the world are now, more than ever before, preferring purpose-driven brands that align with their value systems,” said Rauf. “They are no longer engaging with communications focused on products and services.” Rather than learning about a what a brand does, they are looking for reasons to believe—the ‘why’. “In this context, initiatives focused on the good of the society will be invaluable in insulating brands from external forces, volatility, and possible loss of relevance,” Rauf said. “Hence ultimately, it will help boost their top line.”

This article was originally published on Campaign Asia.